Pancreatic adenocarcinoma is a very aggressive cancer with a high mortality rate. Surgery is the only treatment offering a chance for cure. However, less than 20% of the cases have immediately resectable cancers (resectable means the tumour can be removed by surgery) and about 50% have a potentially resectable cancer called "borderline resectable".

Even when surgery is possible, patients have a poor prognosis with an overall survival at 5 years of 20%. Therefore, surgery is combined with chemotherapy. In recent years, applying chemotherapy before rather than after the surgery has gained interest.

Here, this new study investigates a combination of chemo- and radiotherapy before surgery, in patients with borderline resectable pancreatic adenocarcinoma.

Several recent studies have shown that chemoradiotherapy before surgery can be effective in patients with borderline resectable pancreatic adenocarcinoma. It seemed to improve the (chances of) surgery afterwards, and improved overall survival.

As for chemotherapy before surgery, mFOLFIRINOX (mFFX – a modified combination of oxaliplatin, irinotecan, leucovorin and fluorouracil) is often used in this patient population. mFFX has been shown to be safe and useful prior to surgery. It has become the preferred pre-surgery treatment, because it results in more successful surgeries as well as higher overall survival compared to other chemotherapies.
The combination of gemcitabine and nab-paclitaxel (Gem-Nab-P) is a valuable alternative for mFFX, according to a recent study.

This is a phase II, prospective, randomised, interventional study for patients with borderline resectable pancreatic adenocarcinoma. Patients receive 8 cycles of mFFX with or without one week of iHD-SBRT, followed by surgery. In case of contraindications (reasons that make it inadvisable to take a particular drug or treatment) or intolerance to mFFX, Gem-Nab-P is used instead. A total of 256 patients will be enrolled and treated in ≥10 Belgian hospitals.

The primary objectives are to assess if this intervention will improve the surgical success rate and lengthen disease–free survival (the time that the patients survive without any signs or symptoms of pancreatic cancer).

Financial support + Scientific / Strategic input
Why we support this trial

Intervention has little or no commercial value

No major hurdle for clinical implementation 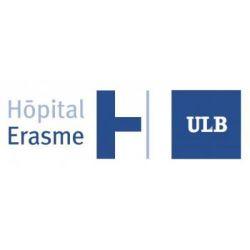