The Anticancer Fund is led by a board of directors consisting of well-seasoned, high-profile professionals. The board holds ultimate responsibility for the fund’s work. It meets quarterly to review finances and strategy, evaluate impact and guide the Anticancer Fund in its mission. 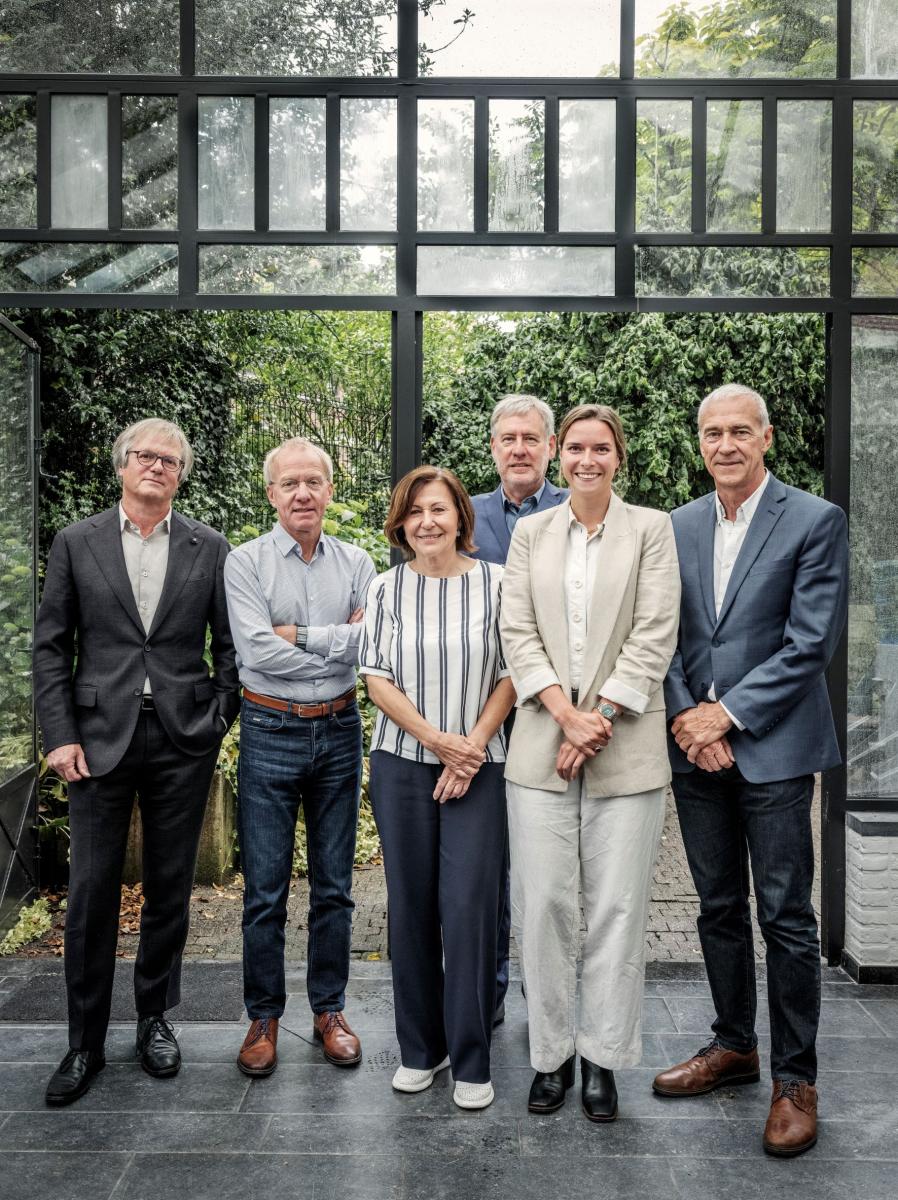 Our board members (from right to left):

The Anticancer Fund relies on a group of experts for scientific and strategic advice. The advisory board meets twice a year and provides input to the board of directors. Their assistance is also sought on an ad hoc basis depending on their area of expertise. The members of the advisory board deliver their consultancy services pro bono.

Our members of the Advisory Board, in alphabetical order:

Bert Aertgeerts is a general practitioner and one of the founding members of the Belgian Centre for Evidence-Based Medicine (Belgian Cochrane Centre). As a full professor at the University of Leuven (KU Leuven), Belgium, he is responsible for the scientific programme within the medical curriculum. He is a member of the board of the faculty of Medicine and of the council of the department of Public Health and Primary Care. He is also head of the department for Primary Care at the KU Leuven. His research shifted from alcohol screening and diagnostic topics in his early years to Evidence-Based Medicine and implementation of evidence into clinical practice. Prof. Aertgeerts has a strong belief in international collaboration.

Erik Briers is a prostate cancer patient, patient representative, member of the EAU (European Association of Urology) prostate cancer guidelines committee and co-author of the EAU guidelines publication. Erik has a PhD in Chemistry from the University of Leuven, Belgium and was CEO of a biotech company. His strong social involvement within patient organisations began after his own prostate cancer diagnosis in 2001. He was executive director of the ECPC (European Cancer Patient Coalition) for two years and is currently board member of “Wij ook”, a Belgian organisation dedicated to inform and educate the public on prostate cancer and to provide patients with assistance. He is also the editor of “PROSTAATinfo”, the member magazine.

Evandro de Azambuja is the Head of the Medical Support Team of the Academic Promoting Team located at the Jules Bordet Institute in Brussels, Belgium. He earned his first PhD from the Federal University of Rio Grande do Sul, Porto Alegre, Brazil in May 2007 and his second PhD from the Université Libre de Bruxelles (U.L.B) in December 2015. His principal interest in oncology is breast cancer. He is involved in the design and conduct of large clinical trials in breast cancer. Dr. de Azambuja is author or co-author of several publications in peer-reviewed journals and is member of several scientific organisations.

Delphine Heenen, founder and managing director of KickCancer, is a patient advocate in paediatric oncology. She was successively a lawyer (Linklaters), a strategy consultant (Bain & Company) and active in the investment world of renewable energy (TTR energy). Delphine first supported her son Raphaël in his fight against cancer but in January 2017, she decided to move up another gear to fight childhood cancers by working full-time for KickCancer, a public interest foundation working closely with the KickCancer Fund, a Fund dedicated to research in paediatric oncology managed by the King Baudouin Foundation.

Yolande Lievens is a Radiation Oncologist, Chair of the Radiation Oncology Department at the Ghent University Hospital, Belgium (UZ Gent) and Associate Professor in Radiation Oncology at the Ghent University, Belgium. Her clinical focus lies on radiotherapy for thoracic malignancies, but she also has special interest in the role of radiotherapy in haematology and in breast cancer. From April 2016 till April 2018, she was president of ESTRO (European Society for Radiotherapy and Oncology). In view of providing state-of-the-art radiotherapy to all cancer patients who need it, Prof. Lievens is convinced that evidence - clinical as well as economical - is key to sustain innovation in and improve access to radiotherapy within the nowadays often-limited health care budget.

Eric Van Cutsem is full professor and Head of the division of Digestive Oncology at University of Leuven, Leuven, Belgium (KUL) and University Hospitals Gasthuisberg, Leuven. He became in 2018 doctor honoris causa of the Medical University of Warsaw, Poland. He is member of the Belgian Royal Academy of Medicine and president of the Belgian Foundation against Cancer and recently he received in 2019 the ESMO Award and the European Awards in Medicine for Cancer Research. His research focuses on the development of new treatment strategies for GI cancers. He has published more than 578 peer-reviewed articles in PubMed and 1229 according Thomson Web of Science. In 2013, Capital magazine ranked Prof Van Cutsem in the top three reputed colon cancer experts globally. He serves on the board or key committee of several international societies and patient advocacy groups.

Joris Verlooy is a paediatric hemato-oncologist at the Antwerp University Hospital (UZ Antwerpen). Prior to that he had the same position at the Ghent University Hospital (UZ Gent). He is member of the BSPHO (Belgian Society of Paediatric Haematology Oncology). As such, he is also part of a task force to optimise and oversee information to parents and patients, a joined initiative of the Anticancer Fund and Kickcancer, with the help of the BSPHO.  This is in accordance with his interests in quality of life, comfort care and palliative care of paediatric cancer patients. In clinical care he also has a special interest in children with central nervous system tumours.

In addition to the advisory board that gives input on the long term strategy and vision of the Anticancer Fund, we can also rely on a panel of international experts who, each in their domain of expertise, are helping with study selection, protocol design and other clinical trial related topics. When seeking advice of an expert, we carefully ensure that there is no direct conflict of interest between their own research and the projects of the Anticancer Fund.