Fake news exists even in the fight against cancer | Anticancerfund

Fake news exists even in the fight against cancer 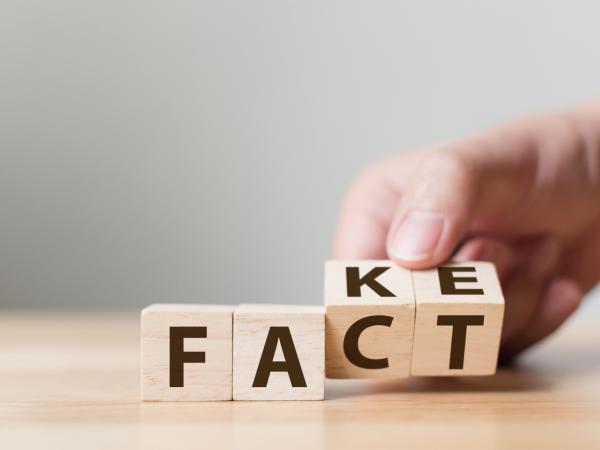 What do you do when you have a question or something is bothering you? Most of the time, you just grab your phone and ask Google. Doctor Google is widely questioned for health problems too, so it is not surprising that people who have just been diagnosed with cancer are searching for answers on the internet. But what they get to see and read there is not always harmless. Fake news is also a problem in the fight against cancer.

Last week the media reported that in Germany a self-proclaimed doctor, Klaus Ross, was responsible for the death of three cancer patients, one of whom was a Belgian woman. Ross had injected the patients with an overdose of 3-BP, a small molecule that affects sugar metabolism and has some preclinical evidence of anticancer potential but has still to undergo formal clinical trials.

The three patients had come to him after they read about him on the internet. As they were suspicious of chemotherapy and were afraid of the side effects, they were hoping that Ross's so-called natural products could help them. But the products Klaus Ross was using were anything but natural.

The problem of internet

A Dutch patient explained in De Volkskrant that some information she found on the internet persuaded her to abandon her prescribed therapy and to drive to Germany to see Ross. We quote De Volkskrant from August 4, 2016: 'On the internet she read a lot about cancer. A new study reported that chemotherapy can worsen the disease. She submitted it to her oncologist. He was not aware of the study and said he had no time to keep track of all the studies. In his opinion, it was not good for her to read such publications.'

But she did read it. Doctors and healthcare providers need to take this serious problem into account: patients go to the internet and come across alternative treatments and alternative clinics. Some are even persuaded to let their standard treatment fall and opt for alternative therapy because they think they will get better results. But the truth is different. Scientific research, published by JAMA Oncology in October 2018, shows that cancer patients that exchange their conventional therapy for alternative medicine, such as aromatherapy or dietary supplements, are more than twice as likely to die in the same period as those who rely on conventional therapies.

The Guardian newspaper also pointed out the dangers of the internet last week. They point out that the internet is flooded by advertisements for expensive, but false claims of cancer treatments from pseudo scientists. According to the British newspaper, more than half of the twenty most shared articles on Facebook in 2016 contained misleading medical claims. Another newspaper, The Wall Street Journal, had a similar, alarming analysis earlier this month. It reported that YouTube is hosting numerous accounts, with thousands of subscribers, that promote dubious cancer therapies. These alternative treatments sometimes get viewed millions of times.

Social media helps to spread potentially dangerous information and it is very difficult to rectify that information. Internet misinformation can go viral and patients are constantly being misled. Patients, and the general public, should be aware of the spread of disinformation and misinformation on social media and should always adopt a sceptical attitude that drives them to ask for more information – especially the demand for concrete scientific evidence.

What is fact and what is fiction?

The Anticancer Fund tries to identify and contradict false therapy statements. In July 2015 there were reports on the internet about a substance called GcMAF, reportedly a magical protein that could heal cancer in all its forms. Three companies bought the rights of the “miracle cure” to sell it, but it was scam. Scientific studies were published in leading medical journals, but the Anticancer Fund was able to investigate these and prove that the publications contained contradictions and false information, which led to several scientific periodicals deleting the publications. Eventually, in September 2017 media reported that the miracle protein was a scam.

Our conclusion is therefore clear and determined: only when there is scientific evidence that a therapy works, after thorough examination, can it be recommended. Moreover, that scientific evidence must be supplied by reliable sources, preferably through well-designed and convincing pivotal clinical trials. In recent years, the Anticancer Fund has identified and analysed numerous cancer treatments, including alternative, non-conventional treatments. More about this can be found here: https://www.anticancerfund.org/en/non-conventional-cancer-care.

The fact is that cancer is extremely complex. It is not one disease, but a collection of over 200 medical conditions. The silver bullet against cancer does not exist. So anyone who claims that he or she has found the miracle solution to cancer is not telling the truth.

This fear and uncertainty makes patients vulnerable to disinformation. Quacks are well aware of this. The Anticancer Fund therefore asks for quicker and easier access to new treatments, administered and monitored by scientists and clinicians, so that patients never run out of hope.

These new treatments do not have to be fresh from the lab and expensive. Many existing medicines have great potential against cancer and several standard treatments can be expanded and improved. These possibilities are often overlooked today.

It’s time to invest more in clinical trials, so that everyone gets a chance at a therapy. Those clinical studies don’t need to be overwhelmingly high-tech or profit-driven. But the studies must include a clear added value for the patient, so that he or she feels less left in the cold by the traditional system. The patient is too often left with questions that he or she does not find a response to. We cannot repeat it often enough: the patient is central. We need to make sure that he or she isn’t desperate enough to walk away and go to someone like Klaus Ross. 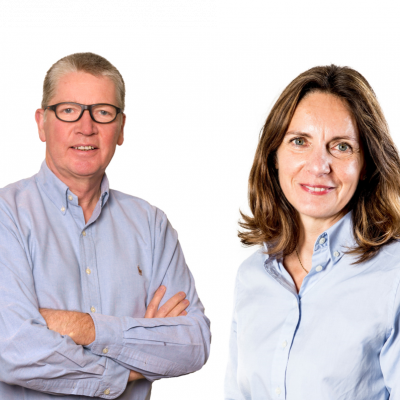 Guy Buyens (MD) is Medical Director at the Anticancer Fund. His experience comes from the pharmaceutical industry (international clinical research in oncology) and biotechnology, but also from hospital management (CEO of a hospital).