Lenalidomide and dexamethasone with or without clarithromycin in patients with multiple myeloma ineligible for autologous transplant: a randomized trial
Published in Blood Cancer Journal
Final results of a randomised trial testing clarithromycin, an antibiotic, in addition to lenalidomide and dexamethasone in newly diagnosed multiple myeloma patients ineligible for transplant, in Spain & the USA. Clarithromycin was taken continuously (500 mg twice daily) until toxicity or progression. There was no significant difference in PFS - actually it numerically favoured the control group - despite a significant increase in complete responses. This seems to be driven by a higher proportion of toxic deaths in the clarithromycin arm, mostly related to infections and concentrated in the 75 years and older patients. The authors attribute this to overexposure to steroids due to the delayed clearance induced by clarithromycin together with a lower treatment compliance. Despite being an active treatment, clarithromycin failed in this setting and with this schedule.

Phase 1 Trial of Nelfinavir Added to Standard Cisplatin Chemotherapy With Concurrent Pelvic Radiation for Locally Advanced Cervical Cancer
Published in Cancer
Garcia-Soto & colleagues report results of their phase 1 US trial of nelfinavir with chemoradiation in the treatment of patients with locally-advanced cervical cancers. They found that nelfinavir 1250 mg twice daily is the recommended phase 2 dose with standard chemoradiation in this population. Using serial biopsies, they showed that nelfinavir significantly decreased phosphorylated Akt levels in tumours. Response rate was high but interpretation of this rate is limited by the lack of control arm. In the same paper, preclinical results are reported, confirming in a cervical cancer model the radiosensitising role of nelfinavir.

Repurposing leflunomide for relapsed/refractory multiple myeloma: a phase 1 study
Published in Leukemia & Lymphoma
In this phase 1 US trial, Rosenzweig et al determined that the recommended phase 2 dose of leflunomide, a disease-modifying antirheumatic drug, was 60 mg per day (after a 100mg loading dose for 3 consecutive days) as single agent in patients with relapsed or refractory multiple myeloma. Best response was stable disease for 9 of the 11 patients with 2 long lasting stabilisation. The phase 2 part of the trial was not initiated because the same group has preclinical data suggesting a synergistic effect with lenalidomide, prompting them to work on a trial of the combination instead.

Adjuvant Low-dose Statin Use after Radical Prostatectomy: The PRO-STAT Randomized Clinical Trial
Published in Clinical Cancer Research
In this randomised placebo-controlled trial from Korea, patients who underwent radical prostatectomy and at least one high-risk feature received adjuvant low-dose atorvastatin or a placebo for 1 year. Atorvastatin is a lipophilic statin that was given at 20 mg per day in this trial. No difference was seen in 1-year biochemical relapse (HR, 0.96; 95% CI, 0.58–1.60). There was no difference on PSA, testosterone and sex hormone-binding globulin levels between groups. The incidence of adverse events was similar in both groups, with no serious unexpected adverse reactions reported. To our knowledge, this is the first randomised trial testing adjuvant statin in prostate cancer.

Functional inhibition of cancer stemness-related protein DPP4 rescues tyrosine kinase inhibitor resistance in renal cell carcinoma
Published in Oncogene
The observational data from this paper show a great response rate in renal cell carcinoma (RCC) patients treated with DPP4 inhibitors for their diabetes compared to diabetic RCC patients treated with other drugs and with non-diabetic RCC patients. This positive association is also true for overall survival. One of the most interesting findings of the preclinical is the ability of sitagliptin to reverse resistance to sunitinib in a sunitinib-resistant model

A High-Content Screen Identifies Drugs That Restrict Tumor Cell Extravasation across the Endothelial Barrier
Published in Cancer Research
Starting from a cancer biology event (cancer cell extravasation here) they want to address, Hilfenhaus et al screened thousands of compounds in a phenotypic assay. Further validation and selection steps led to a list of 14 compounds with the desired properties. Out of the 4 compounds (forskolin, niclosamide, dipyridamole, and atorvastatin) that outperformed all others on endothelial barrier and tumour cell motility assays, forskolin and niclosamide confirmed the desired effect in zebrafish models. In mice (breast cancer and lung cancer models), niclosamide reduced metastases. Modulation of cell signalling and cross-talk critical for intercellular junctions, cell–matrix interactions, permeability-related cytokines, and cytoskeletal regulation are responsible for this anti-metastatic effect.

Targeting monoamine oxidase A for T cell–based cancer immunotherapy
Published in Science Immunology
This work looks at the role of monoamine oxidase A in antitumoural T cells function. Wang et al show that monoamine oxidase A negatively regulates CD8 T cell antitumour immunity, likely through modulating CD8 T cell autocrine serotonin signalling in the tumour. Phenelzine, a monoamine oxidase A inhibitor approved for treating depression, reduced tumour growth as a single agent as effectively as anti-PD-1 in a syngeneic model sensitive to immunotherapy (MC38). Combination with an anti-PD-1 antibody resulted in a synergistic effect in a model less sensitive to immunotherapy (B16-OVA). The human equivalent dose is 2 times higher than the maximum dose used for depression, which raises the question of the best dose to be used in future trials.

Enhanced Antitumor Immunity via Endocrine Therapy Prevents Mammary Tumor Relapse and Increases Immune Checkpoint Blockade Sensitivity
Published in Cancer Research
Pulio-Pérez et al show that the antiprogestin drug mifepristone can reshape the micro-environment of hormone-receptor positive breast cancer in mouse models to make tumours sensitive to anti-PD-L1 antibodies, even at a very low dose (<1/10 of the human equivalent dose). The combination resulted in a decreased tumour size compared to each drug alone and to controls. Looking at T-cells, the combination induced a favourable CD8/Tregs ratio in the tumour micro-environment, with mifepristone likely responsible of the major reduction in the number of Tregs. Several trials are currently testing hormonal treatment with anti-PD-(L)1 in hormone-receptor positive breast cancer patients, including one combining standard dose mifepristone with pembrolizumab (NCT03225547).

Anti-inflammatory drugs remodel the tumor immune environment to enhance immune checkpoint blockade efficacy
Published in Cancer Discovery
Starting from the observation that COX-2 expression in cancer cells confers resistance to immune checkpoint blockade, Pelly et al explore the role of inhibitors of the COX-2/PGE2 pathway to augment anti-PD-1 efficacy. Celecoxib, a COX-2 inhibitor, as well as corticosteroids, both at doses compatible with human use, augment anti-PD-1 efficacy in a CT26 mouse model. Looking at molecular clues that could explain differences in responses between mice, they conclude that the enhanced efficacy is not due to changes in the type of immune cells in the tumour infiltrate but rather to an interferon gamma response. Of relevance for clinical trials, they show a need for sustained therapeutic COX-2 inhibition with twice and thrice daily dosing.

Exploring new uses for existing drugs: innovative mechanisms to fund independent clinical research
Published in Trials
Work led by our former colleague Ciska Verbaanderd looking at possible mechanisms to fund independent repurposing clinical trials. Using a mix of literature-based approach and semi-structured interviews, the authors looked at strategies beyond the classical grant funding approach and the repurposing programs from governments and foundations. While interviewees were sceptical about the potential of crowdfunding, they saw greater potential with social impact bonds and public-private partnerships. They conclude by emphasising the need for increased harmonisation and centralisation of clinical research and funding at the European and international levels. 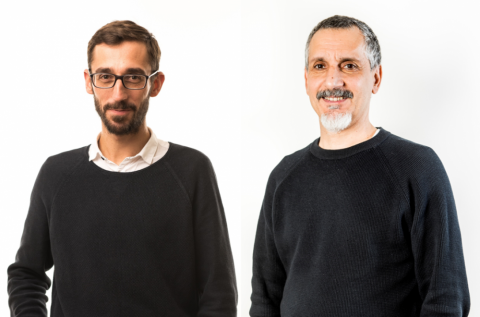