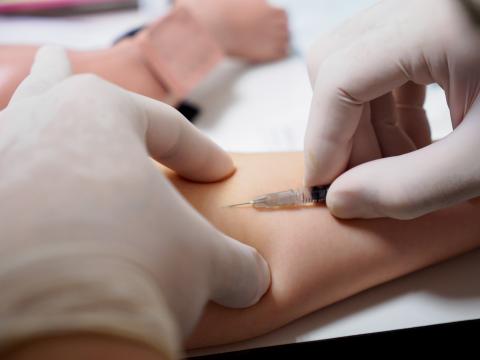 Brussels – The Anticancer Fund, Kom op tegen Kanker and Stichting tegen Kanker/Fondation contre le Cancer have worked together in the last 2 years, for the benefit of people with cancer. 'Every patient has the right to the best possible treatment.'

Cancer organisations like the Anticancer Fund invest in the early development of academic cell therapy to find the best possible treatment for cancer patients, but they see that only treatments developed by the pharmaceutical industry eventually reach the patient. The three organisations therefore advocate to consider a tailor-made approval process for academically developed cell therapy.

Approval process for cell therapy only tailored to pharmaceutical companies

When a cancer patient is treated with cell therapy, the doctor takes specific cells from the blood, lymph nodes or tumour. These cells are modified in the lab so that they show a strong immune response to the cancer cells. When they are then re-injected into the patient, the body itself attacks the cancer cells. Cell therapy is very promising in the treatment of cancer. It is therefore very important that new developments in cell therapy actually reach the patient.

Before a new form of cell therapy is launched on the market, it has to go through an approval process. During that process, the European authorities check the efficacy, safety and quality of the treatment and the Belgian authorities decide whether it is eligible for reimbursement. The problem is that the approval process is very expensive and cumbersome for academics and can only be used by pharmaceutical companies. These companies will only develop and market cell therapy if it brings them sufficient profit. As a result, cell therapy is currently very expensive and there is a risk that valuable but less profitable therapies will not reach patients.

Cell therapy research starts in university laboratories and hospitals, but if this cell therapy doesn’t have sufficient profitable potential, it has no chance to be picked up by pharmaceutical companies. Universities and hospitals have to rely on financial support from governments and organisations such as Kom op tegen Kanker, Stichting tegen Kanker/Fondation contre le Cancer and the Anticancer Fund to develop these cell therapies. The initial results are often promising, but in reality it is almost impossible to continue to offer patients these therapies in the long term. This is hugely unfair, as every patient deserves the best possible treatment. The Anticancer Fund, Stichting tegen Kanker/Fondation contre le Cancer and Kom op tegen Kanker therefore argue for a tailor-made approval and reimbursement process for academically developed cell therapy.

The Anticancer Fund, Stichting tegen Kanker/Fondation contre le Cancer and Kom op tegen Kanker: "We all strive for the same goal, a world where no one dies of cancer anymore. Therefore, we find it extremely important that new, promising developments in the treatment of cancer become available and affordable for cancer patients. We have compiled our recommendations in a joint white paper and ask the government to act on them.’

In order to achieve a quality development and approval process for academic cell therapy, the organisations make specific recommendations. Some examples:

The white paper was delivered to the Belgian Federal Minister of Public Health Frank Vandenbroucke.